Well I thought that the blog element would be more works in progress and inspirations, rough and ready kind of stuff, whereas the other pages are a portfolio of my best pieces.

So please have a  look around and any comments would be lovely to hear, and any queries please have a look at my contact page for details

I live and work in the south west of England.

The materials I have close to hand….

2015, September- Out of Print ‘Second Nature’ show, The Island , Bristol

What do you think? Cancel reply

#tinyprinttuesday Drypoint workshop at work today here was my little sample for the students, just made it smaller 😃
#tinyprinttuesday is a hashtag i can get behind 😂
Taken a print of the leaves, I like them , might just carve one more to balance them out... Would love to print these on a tshirt I think...
Went to Slimbridge wetland center last weekend with Tim and Walter ( loves a duck) beautiful blue skies and thousands of Lapwings as well as other birds ....😍 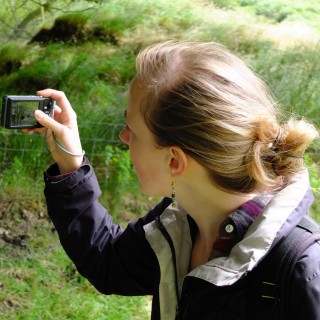 I love drawing, and making things inspired from my environments, Trying to merge nice ideas, with aesthetically pleasing art, while trying to use resources responsibly.

The traditional craft of bookbinding

An Artist Who Writes

Creativity in my other life

Tales of humour, whimsy and courgettes

The life of a constant explorer

a blog about my garden and my soft spot for cacti and succulents, travelling and art

Developing hearts and minds for the Kingdom of God

COOKING ON A BOOTSTRAP

by Jack Monroe, bestselling author of 'A Girl Called Jack'

Your Lender for Life

The Art of Enchantment
Ray Ferrer - Emotion on Canvas

Reports from my somewhat unusual life

Nature, art, and everything.

Obsessional about all things paper based

Cat Among the Pigeons Press

Global issues, travel, photography & fashion. Drifting across the globe; the world is my oyster, my oyster through a lens.

Putting music to words, and words to pictures ~

Discovering art in everything

photos and thoughts for sharing

A curated glimpse into a world of infinite beauty and creativity.

Artwork of Kelley Hagemes
a drawing a day

Military couple and amateur environmentalists learning as we go

Painting, sketching and living an artful life in the San Francisco Bay Area

This is an MFA Education

I'm an ARTGEEK! I scribble. I print. I love it.

nature has no boss

Where observation and imagination meet nature in poetry.

A Call To Consciousness